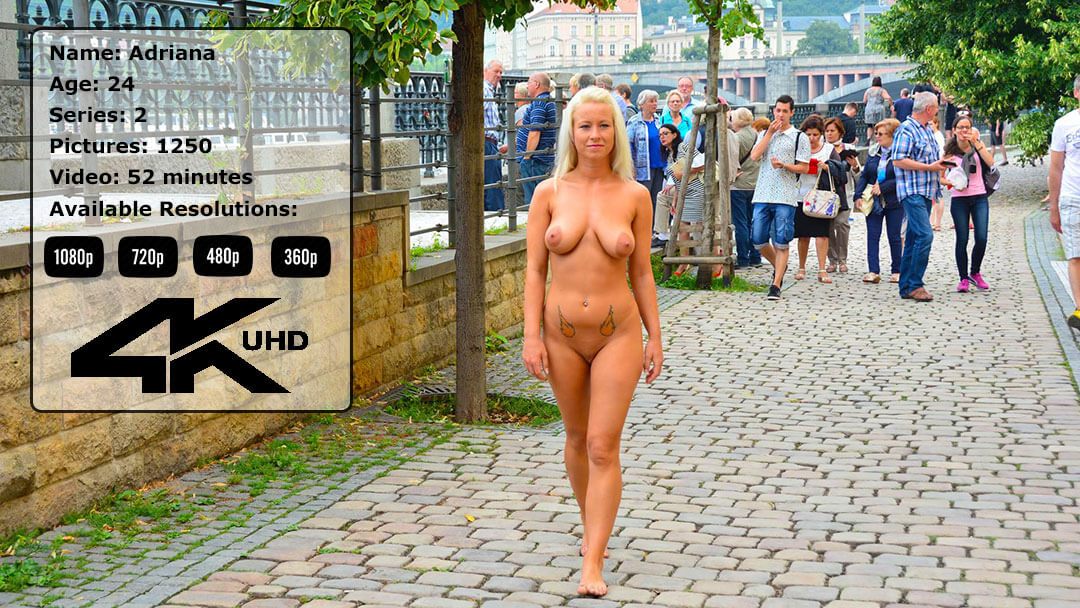 The chemistry between the blonde babe Adriana and us in Prague was perfect from the very beginning. Adriana was very quiet but still funny, a bit shy but still excited to see how the shoot would turn out. It was the first time for her, to run naked in public, but she was happy and she was always open to new things. At least, that’s what she told us. Since the demand for longer series was huge at the time, we thought that Adriana would be running through the streets of Prague for a very long time. We started off at the Rudolfinum where she should first see how everything is for her. But after a few meters, Adriana was in perfect condition for our shoot. She was having good time. We crossed a wide road with Adriana, she thought the police would come but they didn’t. She posed for a lot of passers-by who were stunned by her, with some passers-by quickly throwing themselves on her. Adriana asked for a break of her nude in public walk. Not because she had enough but…Read Her Full Story Now!