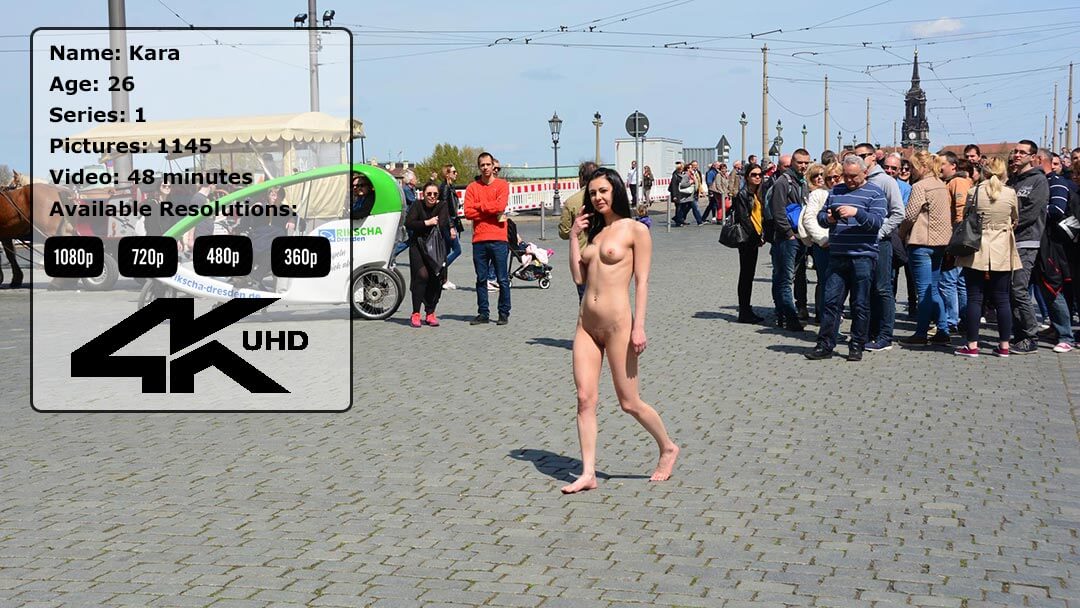 We drove to Dresden with Kara and another model on Saturday to open the photo shoot season. It was also the first weekend where we started to film with a 4K camera and of course we were excited about the results.
We thought that we should take a large round around Dresden with Kara because it usually works very well in Dresden and the pedestrians are always in a good mood. We decided that Kara should just leave her stuff and we also hoped to be back at our starting point after 45 minutes. The second model, Rita, stayed with her things during that time to watch them. So Kara got undressed and began to “warm up” in a public park first. After that, we went to the Elbufer’ terraces, where we were apparently known, some of the people said that we have been here with other models a few times. 🙂 We then continued in the direction of the Semper Opera, where a lot of pedestrians were taking photos of our model. Kara wasn’t shy at all and…Read Now The Full Story Of Brunette Teen Kara Nude In Dresden