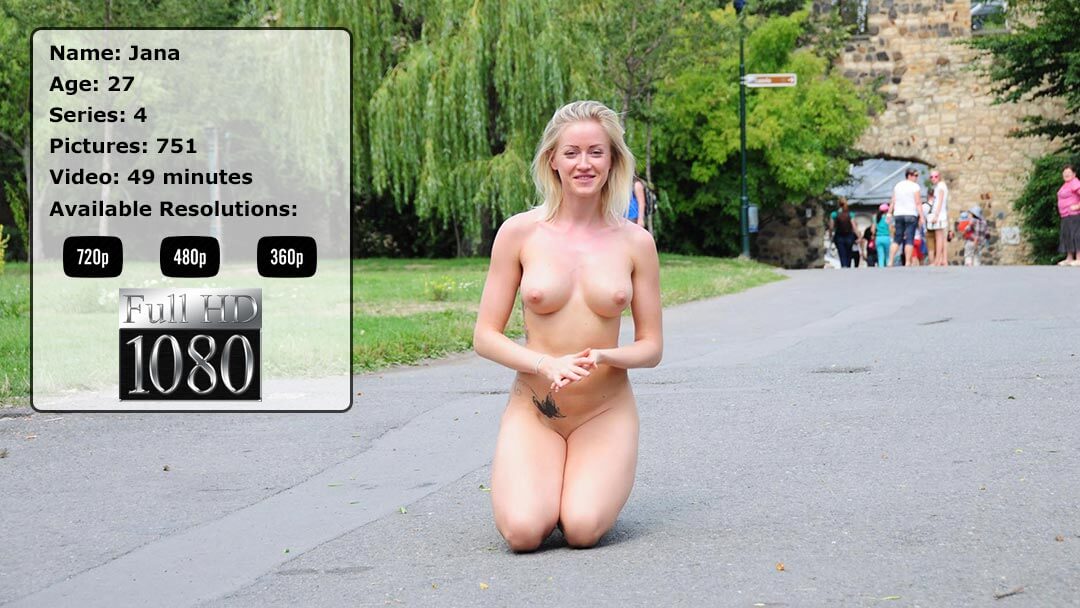 We have booked Jana for a shoot in Prague. We have brought a few members that day, who wanted to be part of a “live” shoot. Even though Jana had done a „NIP“ before, she was very excited and nervous. You can tell by the video that she wasn’t feeling 100% comfortable, but she wanted to start the shoot anyways. So we began at the Kampa Park so Jana could get used to the situation. She walked around the park, posed for the camera, and tried to distract herself with conversations. It went pretty well, and even though the reactions at the park were very positive, she asked me not to go to the city but to another park. We drove up to the …Read Now The Full Story Of Blonde Babe Jana Nude In Prague